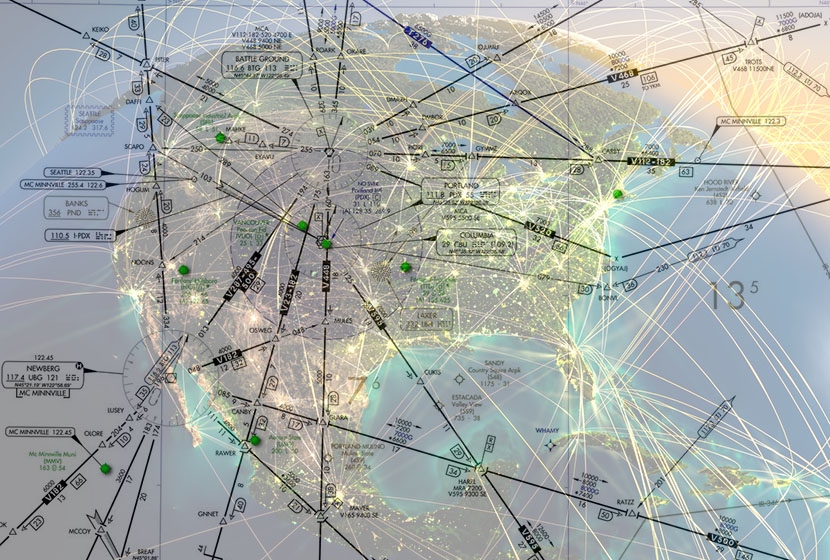 The remit of this report is to provide a foundation for Enhanced Rule Based Decision Making processes when considering the operation of UAVs in controlled airspace, particularly Terminal Control Areas.

The report focuses on all the key aspects of flight planning in a predominantly IFR environment as well as providing a detailed analysis of performance related criteria for the two most critical phases of flight. Emergency procedures and the related human factors are also considered by example.

The report deals in succession with the following points, summarising the key factors, and where relevant, the inherent hazards and suggested pilot actions:

Airspace and Terminal Control Areas in general, vary in shape, size and complexity throughout the world. For the purpose of this research, emphasis has been placed on the structure of Airspace within the United Kingdom and the London TMA.

Departures & Arrivals in busy controlled airspace, particularly when flights are operating within the London TMA, will necessarily make use of SIDs, STAR, Approach and En-Route charts. Analysis of these charts and explanations of chart symbology is provided by way of examples, making use of Jepessen charts.

A thorough analysis of Take-Off & Landing and the required performance criteria has been considered. Due to the vast array of different aircraft and performance characteristics, emphasis has been given to performance class B aircraft by way of example. Performance expressions have also been discussed in detail to enhance understanding of the concepts and complement examples.

Factors affecting performance on take-off and landing have also been discussed so as to highlight the dangers of operating in hot, high and humid conditions, as well as to demonstrate the differences between manufacturers performance and standard operations performance with variable parameters.

A detailed report of weather phenomena and their characteristics has also been provided to illustrate the dangers when operating in these conditions. An analysis of the changes in performance in adverse weather has also been discussed.

A comprehensive Weather and Systems Failures Decision Making Example is provided to highlight an array of different problems both in-flight and on the ground. These examples also provide suggested pilot actions so as to provide guidance for any future simulation program.

The report concludes with a discussion of common human factors issues that can adversely affect pilot performance. Points relate to both psychological and physical conditions as well as experience levels and judgement.