Do you have to be good at Maths & Physics to be a Pilot? 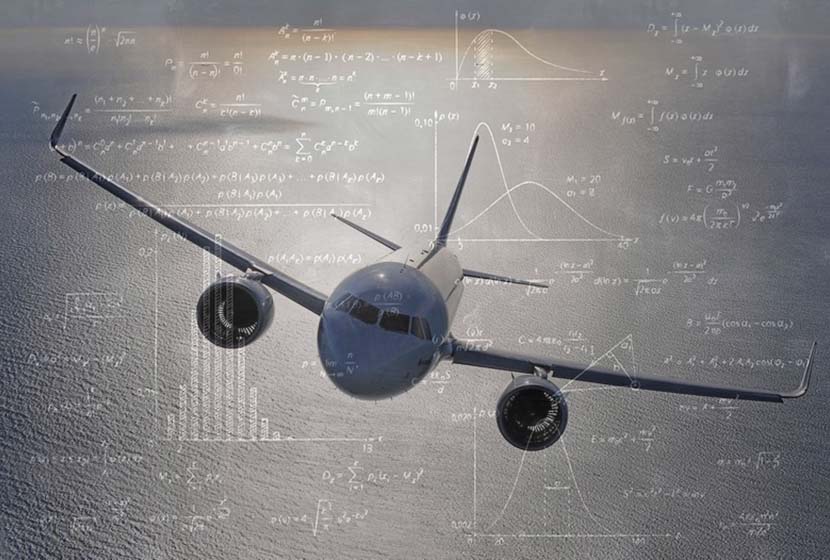 Whilst you don't need a university degree in Maths & Physics to fly a plane, you must be very competent, and preferably quick, with numbers.

Maths only becomes 'Maths' when we start doing things like Algebra and Trigonometry. If we're not using this, chances are we're merely doing basic arithmetic, NOT Maths.

Maths is incredibly useful for many aspects of aviating, particularly:

An understanding of Physics is crucial to appreciate how aircraft fly, how to manoeuvre an aircraft at low and high speed, and how air masses and weather work. It is used extensively in the following subjects at both PPL & ATPL level:

Principles of Flight: How the aircraft flies, Forces acting on an aircraft in flight and Load Factor.

Getting any Maths or Physics based calculation wrong, could have catastrophic consequences, that’s why the Civil Aviation Authority insist that you have to pass exams in subjects that include a lot of Maths & Physics. Get a head start and take a Maths & Physics course today. It might save your life one day, and it will most certainly save you a lot of time, money and heart ache in the long run by making your ground school studies for your exams run much smoother!

If Maths & Physics aren’t your thing, at some point flying will become difficult, if not down right dangerous. Over reliance on GPS will come at a cost when it fails and puts you at risk of entering Controlled Airspace unannounced, assuming the aircraft even gets off the ground in the first place if you haven’t done the required calculations.

Here are just two quick examples of some very basic Pilot Maths & Physics type problems that all Pilots should be able to perform:

You're flying at an altitude of 4,000 ft and wish to arrive at your destination airfield at circuit height, typically 1,000ft. At what distance away from the destination aerodrome do you commence your descent with an avergae ground speed of 90kts?

A comfortable ROD (rate of descent) for your passengers in a light aircraft is around 500fpm (feet per minute).

If your ground speed is anything else, simply divide it by 60 and multiply this by how many minutes you're descending for. This will tell you how far out to start your descent. You can then mark this point along your track on your map to remind you when to start descent.

Air Traffic Control won't be impressed with you arriving at their zone boundary too high. Arriving too high and in the wrong place is extremely dangerous as it risks collision with other arriving and departing aircraft.

If the correct approach speed for a light aircraft weighing 1,000kg is 70kt, how much more Kinetic Energy (KE) does it have to dissipate if a Pilot flies the approach at 80kt instead, and why is this particularly dangerous?

The Kinetic Energy (KE) formula is: KE = 1/2mv^2 (read as: half x mass x velocity squared). Anything squared means to simply multiply by itself.

KE when flying the approach at 70kt:

70kt is the equivalent of travelling at 35m/s (metres per second). The conversion is done on a flight computer, or by remembering the approximate, but usable, conversion: 1kt = 0.5m/s.

J is the unit for energy, and is read Joules.


KE when flying the approach at 80kt:

80kt is the equivalent of travelling at 40m/s.

This is particularly dangerous as the aircraft will float considerably further down the runway. If the runway is short, the Pilot is at risk of not being able to stop by the end if they do not execute a go-around. If the Pilot lowers the nose instead, this will further increase the kinetic energy and the aircraft will not settle down as it will have too much lift. The Pilot is also at risk of landing nose-wheel first, which in turn can lead to the propeller striking the ground!

So, we have proven that just 10kt too fast on the approach can have catastrophic consequences. Always fly at the correct approach speed, not too fast and never too slow.

Hopefully these examples demonstrate why a Pilot needs to have some Maths & Physics knowledge, it’s quite literally life saving! These are just two of many quick and useful calculations you should be able to do in your head, or at the very least, on the ground before departure. Keep practicing and they'll become second nature.