Changing Flying School. Should I stay or should I go now...? 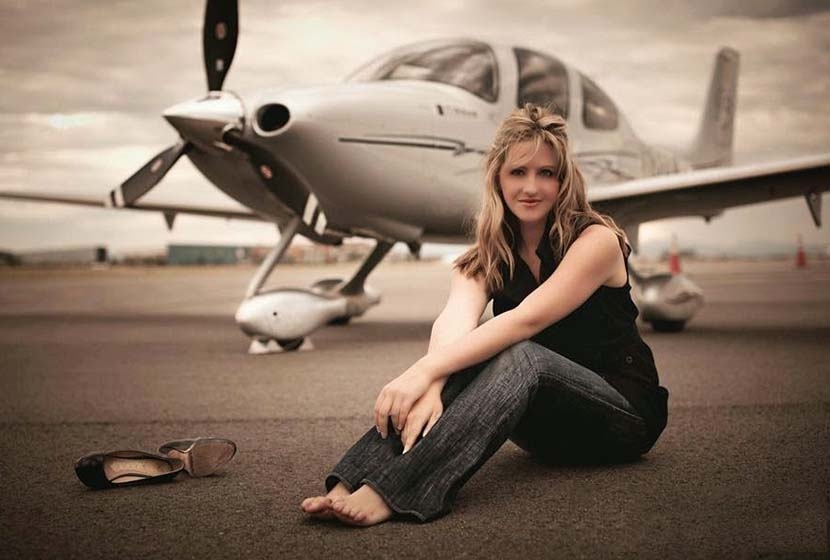 Changing Flying School. Should I stay or should I go now…?

It’s a question we’re asked by our clients quite frequently during our ground school courses, and it can be very difficult to provide advice on this topic, because everyones case is unique. So as not to appear like we’re dodging the question, we’ve decided to write this article to give you a few tips on answering this important question yourself.

This has been one of the tougher articles we’ve chosen to write at TGC. Our advice can only be very general and consider the most obvious. Your circumstances might be that little bit different to what we’ve asked you to think about here. Sometimes though, it’s the most obvious things that people miss. Either way, we do hope this article provides a bit more clarity and assists you in making an informed decision. TGC has a very good relationship with many schools, and has helped them produce many a fine Pilot, in most cases, we would suggest staying.

We often hear remarks like ‘I’m a bit fed up of my flying school, and I’m thinking about changing, do you think I should’? The reasons given range from many things, here’s a few of the popular ones, followed by our advice:

“My school are always cancelling lessons, stating it’s down to weather, and I don’t think it is, most of the days they cancel the weather has been ok, and I’m sick of it”.

It can feel like that at times, there’s one or two of us at TGC that said that once upon a time about our flying schools when we were training! Ask yourself this, have you passed your Meteorology or any other PPL exams yet? If not, you cannot question a professional Pilot (your Instructor) on making a decision like that, even if you live right next door to the airfield. Most instructors don’t get paid if they don’t fly, and having made the journey to the airfield in the first place, and then making a decision to cancel because of a change in weather, can often leave them out of pocket. That in itself should tell you something. Depending on the lesson itself, it maybe that they have to take you out to a training area where the weather might not be so great, and therefore you’ll get very little from it. A thorough understanding of Meteorology will help you a lot.

“I’ve had loads of different instructors and planes, I’m repeating stuff all the time and I’m not making any progress”.

Flying schools are obliged by order of the Civil Aviation Authority to keep training records on all of their students, even for ground school, and for every lesson. If you’re used to regularly flying with a particular flying instructor, and for whatever reason you have to fly with another for a lesson or two, then this instructor should have consulted your record beforehand and follow the advice of the previous instructor. The advice is usually comments as to whether to progress to the next lesson, or to repeat a previous lesson, and not necessarily because you were no good at it, but because it’s a fundamental training requirement to complete multiple hours of the same thing.

Some flying schools are bigger than others and have larger fleets of aircraft and many instructors. It’s not always a bad thing either, success has likely brought them to such an enviable position in business. Flying with different instructors can have a very positive effect on your learning. Different personalities and attitudes are something we all have to contend with in the course of our lives in general, it’s no different in the flight training world either. All that said, we do think it’s detrimental to your learning if you’re flying with different instructors and in different aircraft too much. What’s too much then, you might ask. To put it into perspective, we once had a student who had logged 24 hours of instructional flight, and had 14 different instructors on 11 different aircraft. Totally unacceptable in our opinion. There’s no golden rule to this, but we think over the course of a PPL at the same school, then around 4 instructors and 4 planes (of the same class/type) would be a maximum in our opinion. It can be damaging just flying with the same person all the time too and in the same aircraft.

Ultimately, if you’re having different instructors and aircraft on a regular basis, and worse still, the instructors are saying to you, ‘what did you do last time then’? or ‘what do you fancy doing today’?, then this is totally unacceptable and might warrant a chat with the CFI of the school, and if the problem isn’t remedied, a change of flying school is most definitely recommended.

“My instructor shouts and swears at me, it’s getting me down, I feel embarrassed and I’m thinking about giving up”.

This one is very clear cut, at least for us at TGC anyway. Whilst we accept that any human being can lose their cool from time to time, it should never escalate to such a point where anyone is shouting or swearing at you on a flying lesson. A post-graduate teaching qualification has taught us that no one, children or adults, will perform better under pressure when they are being shouted at or sworn at. If anything, your performance will become markedly worse. It’s generally an indicator that the perpetrators have reached the limit of their own ability and are embarrassed that what they’ve taught you, isn’t working. It might not even be down to them either, it might just be you having a bad day, we all have them, and some people just take it too personally and see it as a failure on their part.

You’re not there to be verbally abused, intimidated or made to feel bad, and on top of that, be expected to pay hundreds of pounds per hour for the privilege! If you experience it, ask to land immediately and make an appointment to see the CFI without delay. Hopefully the matter will be addressed and remedied there and then. If the CFI doesn’t resolve the matter to your satisfaction, then leave, and leave immediately. There are no circumstances in any situation where this type of behaviour is acceptable, especially in an aircraft. Excuses like ‘he or she is just old-school and ex-military, that’s how they used to do it back in the day” don’t cut it either. Off you go to pastures new.

One final remark on this one. Respect is a two way commodity. Do strive yourself to be nothing but kind and respectful to them. They deserve it too, and when you’re happy and friendly, it takes a truly miserable soul to treat you with disdain.

“I don’t think my instructor is any good and I’ve heard that so and so at such and such a school is much better”.

Professional Pilots have worked incredibly hard to pass their exams, accrued many flying hours in different types of aircraft and flown in demanding conditions to exacting standards to get where they are today. It’s imperative that if you don’t like your instructor, that you try your best to refrain from language like ‘he or she is no good’. From a hands on flying perspective, we can assure you they are good, probably very good, because the CAA has tested them and said that they are.

We often find when we hear remarks like this, that it’s usually down to a conflict of personalities or something as simple as just not knowing your instructor and their idiosyncrasies. It’s quite literally a human factors issue, and again, a good understanding of this subject will help you. How many times in life have you judged people based on spending very little time with them, and form an opinion, good or bad? And then years later when you really get to know them, feel embarrassed about how you used to feel about them? It’s what us humans do, it’s not your fault, and it might not be theirs either. Sadly, over the course of a PPL, you might not have time to truly get to know your instructor. They might actually be a really nice person and capable of teaching you more than you could imagine, if you gave them a chance. Maybe invite them for a coffee or beer at the end of the day, a social setting is a great way to get to know people better. It might make things much easier and more pleasant in the air too.

‘The planes are old, always breaking down and they’ve only got two of them anyway’

Aircraft can go tech for many reasons, but believe it or not, they’re quite robust and generally serviced every 50 hours, and the chances of the problem being something serious and on a regular basis, is quite unlikely. Some schools are just simply smaller affairs than others, and there’s nothing at all wrong with that. They sometimes only have a couple of instructors, and for unforeseen circumstances, that leaves little redundancy in their business model. They will have told you that though when you first joined them, so try to be patient when something unexpected happens. If it’s a case of them taking on far too many students and not investing in additional staff or aircraft, then yes, strongly consider going elsewhere.

‘I’m happy where I am, but I’ve heard of a school that’s just as good and they’re cheaper’.

This is another one where we would advise extreme caution. For starters, if they’re just as good, why are they cheaper then? Even if it’s with a view to competing, at some point their price will go up. Fact. Also how do you really know they’re just as good as your current school? Have you visited them and had a handful of lessons? If so, then the answer should be obvious!

Please do bear in mind the age old saying ‘these days everyone knows the price of everything and the value of nothing’. Whilst we fully appreciate the necessity of shopping around, don’t just shop around with the lowest price being your primary objective. You get what you pay for in life, and quite often cheapest is a long long way from best. Conversely, it doesn’t mean that the most expensive school is the best either, but if they’ve been in business a while, that should tell you something about them if they’re able to command that price point and hold it. Buy it nice, or buy it twice. Going where it’s cheapest all of the time in aviation, can be down right dangerous. Above all, go, or stay, where you’re happiest.

We’ll be adding more to this article over time, so keep checking! Alternatively, if you have a question yourself and want some advice, get in touch and we’ll add it here. We’d love to hear from you.